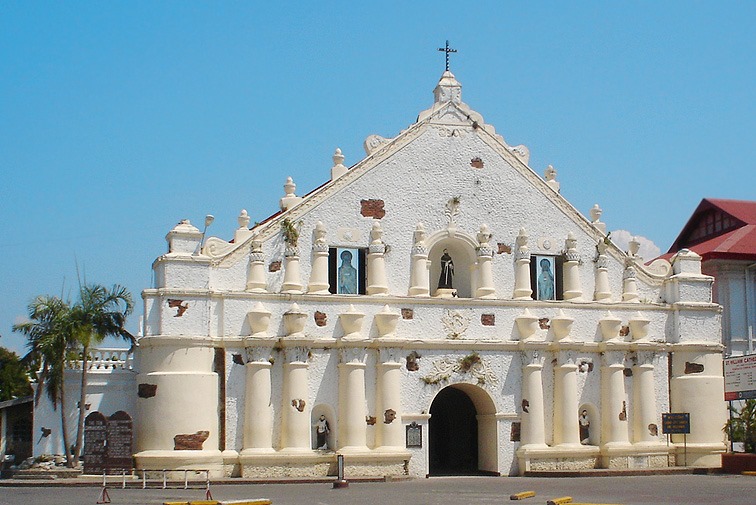 The initiated move is an act not seen in churches. Maybe, this is first among the many who will follow the lead. The Catholic Church has been leading and pioneering many things and this is believed to be the next trend!

This type of Sanitation Gate is equipped with UV light technology that has been proven to penetrate and inactivate surface pathogens, such as bacteria, parasites, fungi, and viruses. Just step into the Cleanse Portal and make a slow 360-degree turn of Far-UVC.

The stand-alone facility is commonly used in airports, gathering centers used by diplomats and VIPs. It is body and skin-friendly UV light that has the energy of small radio waves with visible light much less than X-rays or gamma rays used to disinfect surfaces, air, and liquids.

The Gate was invented for tanning saloons but scientifically modified to kill germs, bacteria, and viruses. It is used to kill SARS-CoV-2, and the new coronavirus that causes COVID-19. It makes the germs or viruses incapable of performing the processes that it needs to survive.

Studies indicate that there’s no harm to humans from continuous low dosages of 222 nanometers, far-UVC light but effectively inactivates over 90% of contaminants, based on the intensity and brief exposure time described. The technology employs various combinations to inactivate pathogens, including Far UV-C (200-230nm), UV-C (231-280nm), and UV-A (365nm).

The combination of UV light and air filtration to decrease airborne pathogens in high traffic locations modifies and destroys the genetic material (DNA/RNA) of bacteria and viruses.

The germicidal properties of UV light, part of the non-visible spectrum, can be harnessed to effectively sanitize the air, water, and surfaces at the appropriate wavelength and fluence (dose). Exposure to the Sanitation Gate destroys the genetic material in viruses, bacteria, and mold, preventing replication.

The Korean-made technology was promptly donated by Simon Kim Rakmo, CEO of DMC Asia Solutions Corp, after hearing from Noubikko, the need for such equipment for the thousands of Parishioners visiting the 500-year-old iconic Cathedral. Noubikko is the Business Economist of Dantru Development Corporation.

The free-standing Cleanse Portal is positioned in preparation for the construction of the San Guillermo Shopping Complex slated for 2023. The Sanitation Gate is made for industrial use for any high traffic or critical entry point to significantly reduce infection transmission rates.

The UV technology is ADA compliant, the standard that all electronic and information technology must be accessible to people with disabilities.

The Aluminum frame, steel base, was brought personally by Ren Sibonga, CEO of Dantru Development Corp, and all fragile door-to-door delivery efforts of this glass-made technology were done by Hinoba-an Mujin Construction Inc., CEO Rafael Agcaoili.

This type of Sanitation Gate is equipped with UV light technology that has been proven to penetrate and inactivate surface pathogens, such as bacteria, parasites, fungi, and viruses. Just step into the Cleanse Portal and make a slow 360-degree turn of Far-UVC. We dont spam our loyal customers , you can unsubscribe anytime